Flank, ribeye, sirloin or mince. We simplify the ideal cut of beef for your Asian dish of choice.

From East to West, the love for beef is a global phenomena thanks to its irreplaceable nutrition, remarkable flavour and its unmatchable versatility — from prized tender cuts of ribeye and sirloin, to fattier cuts of brisket and leaner cuts like flank. There are a multitude of recipes utilising beef in a vast variety of ways.

With so many possibilities it’s easy to get caught up in misinformation, which could result in a disastrous evening in the kitchen. Fret not, in this article we focus on cuisines close to home as we take a trip across Asia to identify the beef cuts that work best on popular Asian recipes and styles of cooking. Premium Australian beef works wonders in Asian food as it brings in great flavour and incredible texture to any recipe.

When it comes to Chinese cuisine, a stir-fry dish will always be around the corner. Not only can a stir-fry help you to achieve the elusive one-pan cook, its relative ease and versatility has made stir-fry dishes a household staple for most home-cooked meals in Singapore. The flank steak cut is one of the top contenders for any quick cook dish. It is relatively inexpensive and packed full of intense beef flavour, which is a big reason for its popularity. There is a catch though - because it is a lean cut of beef, it could easily become too dry and tough if overcooked. To avoid that tragedy, slice this cut really thin against the grain and be sure to cook it to no more than a medium for a tender and tasty Chinese stir-fry meal. This simple Steak and Veg Stir Fry recipe can be made using flank, rump or even oyster blade cuts. Having said that, there is no reason why you shouldn’t live it up and indulge in more sought-after cuts for a stir-fry for special occasions. This Beef Vegetable and Noodle Stir Fry recipe utilises the tender and juicy sirloin cut, as does this mouth-watering Aussie Beef Donburi by one Singapore’s most renowned home cooks, Oh Bee Bee (@honeybeesweets.sg) 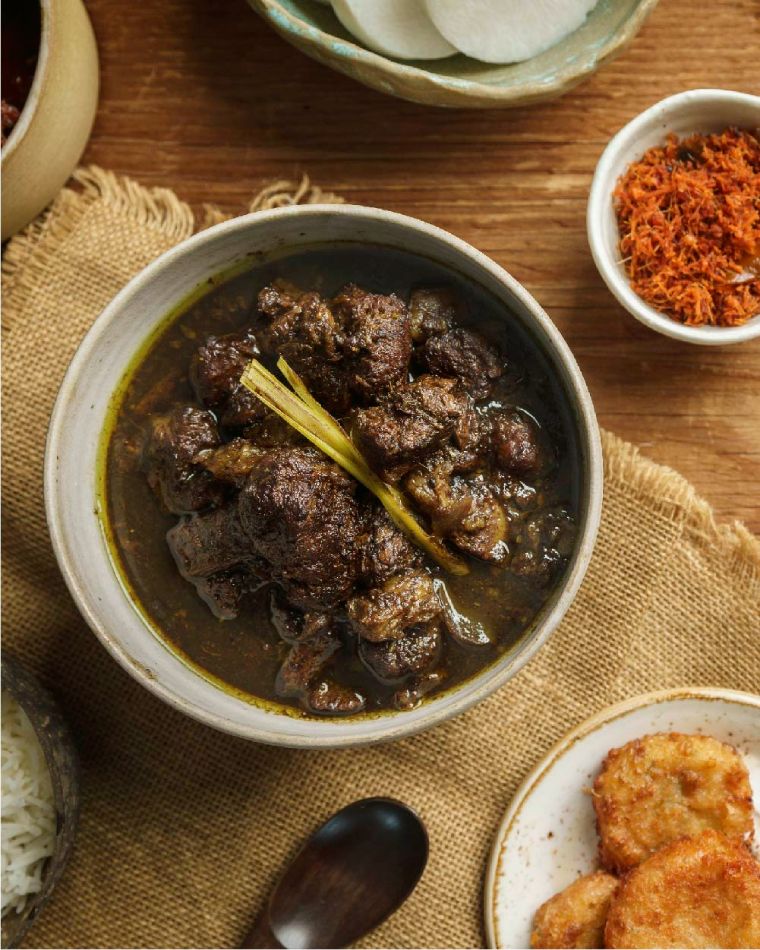 From Thailand and Malaysia to India and even Japan. Asian cuisine seems to have found room at the table for comforting curries and stews. Inspired by herbs and spices of the land and influenced by communal dining, these one-pot wonders are often bursting with an amalgamation of exciting flavours which can be infused into beef if the right cut is used. A popular braising cut readily available is the chuck steak taken from the top portion of the shoulder, which is valued for both their flavour and unique texture. Not only do the cut’s connective tissues and gelatinous muscles enable it to withstand the cook, these same tissues and muscles release bundles of flavour throughout the pot during the braising process. The oyster blade cut meanwhile, which is actually procured from the same area as the chuck, is another great option as this amazing Beef Rawon recipe demonstrates. The brisket is also a popular cut for Asian stews and curries for similar reasons - it has a high fat-to-meat ratio and in fact becomes deliciously tender and packed full of flavour after braising or stewing. Try out this Malaysian Beef Broth recipe to taste it for yourself. 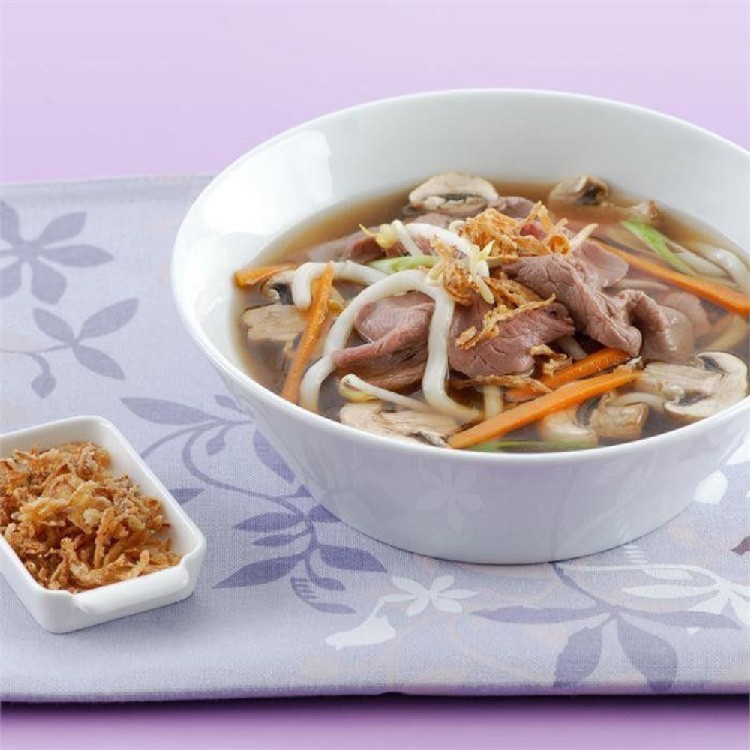 Perhaps it’s because of the communal nature of Asian cuisine, the sight of a big family gathered around a boiling pot of soup surrounded by traditional ingredients is not uncommon. Be it a Japanese shabu-shabu, a Chinese steamboat or a Thai mookata, beef is a fundamental ingredient in all these dishes so it is imperative to know your cuts for maximum enjoyment. The same goes for Vietnamese pho, where thin raw strips of beef are placed into a bowl before it is filled with boiling broth, so the beef undergoes the very same cooking process as a shabu-shabu or a steamboat. The chuck eye roll is one off-cut perfect for this purpose; well-marbled, exceptionally tender and strong on flavour, this cut is a true hidden gem. This high-end cut is wallet-friendly and when sliced 2-3mm thin, makes for a tasty shabu-shabu treat. Be sure to get your butcher to slice it right, or discover more about the chuck eye roll from Australian red meat expert David Carew. Another popular off-cut used in hot pot cuisine is the flavour-packed oyster blade - here’s an effortless Beef Noodle Soup recipe you can try out to round out your knowledge of the lesser known beef cuts. Meanwhile, the pricier rib steak cut is commonly served in upmarket Japanese shabu shabu restaurants because of its impressive marbling and intense flavour - just be sure to cook it in the broth for no more than two swishes, which is in fact exactly how the term “shabu shabu” (“swish swish”) came about!

For more beef recipes in a variety of cuisines, take a look at https://www.trueaussiebeefandlamb.sg/recipes/beef/